Islam is the perfect way of life for those who understood it in its pure form and Quran is the best guide for the whole humanity to have a better life in this world as well as in the Akhira (the hereafter). Following are the 10 interesting insights from the Holy Quran to become a better Muslim, to become a better human being.

..Indeed, Allah does not like those who are self-deluding and boastful. (Quran 4:36)

..Say, ˹O Prophet,˺ “Allah’s guidance is the ˹only˺ true guidance. And we are commanded to submit to the Lord of all worlds, establish prayer, and be mindful of Him. To Him you will all be gathered together. (Quran 6:71-72)

He replied, “I have been granted all this because of some knowledge I have.” Did he not know that Allah had already destroyed some from the generations before him who were far superior to him in power and greater in accumulating ˹wealth˺? There will be no need for the wicked to be asked about their sins. (Quran 28:78)

And one of His signs is that He created for you spouses from among yourselves so that you may find comfort in them. And He has placed between you compassion and mercy. Surely in this are signs for people who reflect. (Quran 30:21)

Moreover, He is the One Who brings about joy and sadness.(Quran 53:43)

The Prophet Muhammad (ﷺ) said: “Do not abuse anyone, do not look down upon any good work, and when you speak to your brother, show him a cheerful face…” [Sunan Abu Dawud]

O believers! Avoid many suspicions, ˹for˺ indeed, some suspicions are sinful. And do not spy, nor backbite one another. Would any of you like to eat the flesh of their dead brother? You would despise that! And fear Allah. Surely Allah is ˹the˺ Accepter of Repentance, Most Merciful. (Quan 49:12)

by men who are not distracted—either by buying or selling—from Allah’s remembrance, or performing prayer, or paying alms-tax. They fear a Day when hearts and eyes will tremble, ˹hoping˺ that Allah may reward them according to the best of their deeds, and increase them out of His grace. And Allah provides for whoever He wills without limit. (Quran 24:37-38)

And do not crave what Allah has given some of you over others. Men will be rewarded according to their deeds and women ˹equally˺ according to theirs. Rather, ask Allah for His bounties. Surely Allah has ˹perfect˺ knowledge of all things. (Quran 4:32)

˹Remember˺ when they said ˹to one another˺, “Surely Joseph and his brother ˹Benjamin˺ are more beloved to our father than we, even though we are a group of so many. Indeed, our father is clearly mistaken. Kill Joseph or cast him out to some ˹distant˺ land so that our father’s attention will be only ours, then after that you may ˹repent and˺ become righteous people!” (Quran 12:8-9)

Say, “Nothing will ever befall us except what Allah has destined for us. He is our Protector.” So in Allah let the believers put their trust. (Quran 9:51)

Surely those who believe and do good, their Lord will guide them ˹to Paradise˺ through their faith, and rivers will flow under their feet in the Gardens of Bliss.. (Quran 10:9)

Peace in life can be InShaAllah attained only when you follow the Quran and Sunnah of Prophet Muhammad (ﷺ) properly. There are many lessons you can learn when you understand the Holy Quran. May Allah make it easier for us. Ameen. 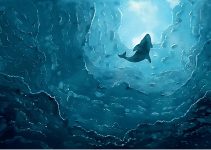 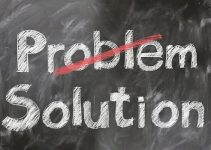 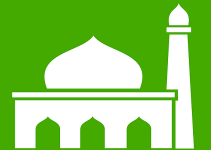