Home
Articles
Rights of a Muslim Wife upon Her Husband

There is a misconception that Islam doesn’t give proper rights to woman. If you carefully study Islam in the lights of Quran and the Sunnah of Prophet Muhammad (ﷺ), you will understand that Islam is the only religion giving proper rights to a woman or wife.

Allah said in the Quran:

And of His signs is that He created for you from yourselves mates that you may find tranquility in them; and He placed between you affection and mercy. Indeed in that are signs for a people who give thought. (Quran 30:21)

Below are the 12 rights of a Muslim wife upon her husband or a Muslim husband’s duties towards his wife:

Messenger of Allah (ﷺ) said, “A believer must not hate (his wife) believing woman; if he dislikes one of her characteristics he will be pleased with another”. (Muslim) 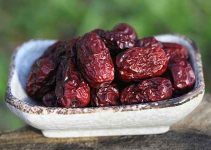